Scania VCI 2 is the latest original Scania diagnostic tool designed for maintenance of trucks, buses, other heavy vehicles and heavy duty engines used in industry or marine applications made by Scania.

Scania VCI2 diagnostic tool replaced the older Scania VCI 1 tool and was designed to work with the latest Scania trucks, buses, and other heavy vehicles. Scania VCI2 is a tool that is used together with Scania Diagnosis and Programmer 3 (SDP3) software to diagnose and troubleshoot Scania heavy vehicles and trucks. The best instrument for your Scania truck workshop, also it is the only diagnostic tool on the market compatible with the latest Scania trucks. VCI2 supports the earlier systems in P, R, T series and K, N series vehicles, and industrial and marine engines. 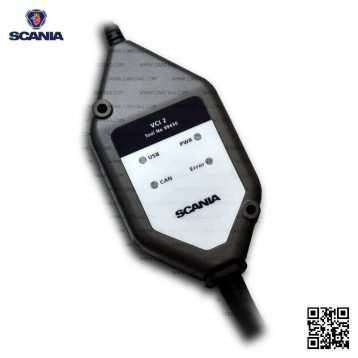