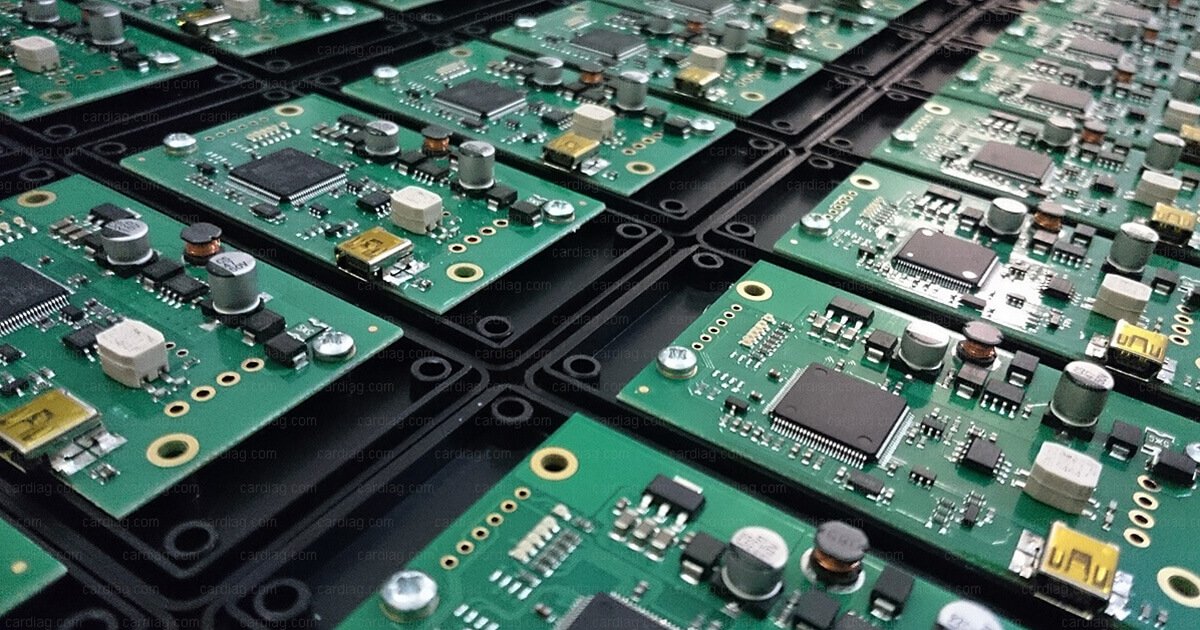 AdBlue emulators are devices intended to take over control of the SCR (Selective Catalytic Reduction) system. SCR system is responsible for control of exhaust system on the modern truck, bus or other vehicles. A lot of the vehicles made and used in Europe equipped with diesel engines. Older diesel engines had a simple catalytic converter called DOC (Diesel Oxidation Catalyst). This type of catalytic converter is common for all compression-ignition engines. Diesel oxidation catalytic converter made from ceramic core coated with palladium, platinum and aluminum oxide. These coatings serve as catalysts to oxidize the remains of the hydrocarbons and carbon monoxide in the exhaust gasses with oxygen to form carbon dioxide and water. But at certain conditions diesel engines may produce significant amounts of NOx (Mono-Nitrogen Oxides) emissions. Mono-nitrogen oxides NO and NO2 (nitric oxide and nitrogen dioxide) considered as pollutants and led to the introduction of SCR (Selective Catalytic Reduction) systems.

Selective Catalytic Reduction (SCR) system is a device that has one purpose, to reduce the quantity of Mono-Nitrogen Oxides (NOx) in engine exhaust gasses. While diesel oxidation catalytic converter (DOC) is capable of reducing emissions of hydrocarbons and carbon monoxide, SCR is capable of reducing NOx emissions. SCR catalytic converter core usually made from ceramic (titanium oxide) and coated with oxides of such metals as tungsten, vanadium, molybdenum and other precious or rare metals. Anyway, this type of catalytic converter needs an additional component to perform necessary reduction reaction. The required reduction reaction is only possible by adding a solution of anhydrous ammonia, aqueous ammonia or urea. This additive called DEF (Diesel Exhaust Fluid). The most popular DEF solution on the market is AdBlue.

Diesel Particulate Filter or simply DPF is a device that is common to all modern diesel engines. It is designed to remove any possible diesel particulate matter (solid particles) or soot from the exhaust gasses before they are exhausted to the atmosphere. Particulate matter is a result of incomplete or just improper diesel combustion cycle. Diesel particulate matter particles considered as one of the most harmful pollutants. All EURO 6 type exhaust systems must have DPF (Diesel Particulate Filter) systems. Some DPF filters are single use, and some of them are capable of regenerating at certain conditions (DPF regeneration). Recovery is possible by burning more fuel and rising exhaust system temperature which makes possible to burn out any contamination from the filter.

The most common troubles on the road for truck drivers caused by SCR or DPF system failure. In both cases, the vehicle will be difficult to drive due to limp mode activated by central ECU of the engine. Limp mode noticeably reduces engine power to prevent the environment from possible highly polluted exhaust gasses even when the engine is capable of working properly.

As the ride with a truck is virtually impossible when it has faulty SCR or DPF system, it can cause significant headaches for a driver. Repair cost for any of these systems has a high price tag. Also, we need to mention that there are a lot of countries outside the EU which do not require the law does not require EURO 6 or even EURO 5 standard compliance and those SCR or DPF systems.

So-called AdBlue Emulator is a device that is designed to override controls of the original onboard Selective Catalytic Reduction system. AdBlue emulators are of different types, adapted to the particular truck or engine models. Such device installed on the compatible vehicle takes control over whole SCR system. It imitates proper work of the Selective Catalytic Reduction system on the CAN/OBD level. While installed it keeps SCR system inactive, and at the same time, it sends necessary data to the central ECU. There are no errors on OBD system because AdBlue emulator emulates all parameters and data. No loss of engine power, no increased smoke from the exhaust system, no DTC errors on OBD system and zero consumption of DEF. Latest AdBlue emulator models are capable of overriding exhaust temperature and NOx sensors for full functionality.

At this moment we can offer AdBlue emulators for almost any truck that might need one. All our emulators since the first generation were designed and manufactured in Europe thus ensures the highest quality on the market. Regularly conducted research and development work allows us to offer best SCR emulation devices on the global market. We can provide AdBlue emulators for trucks and engines made by DAF, MAN, Iveco, Scania, Volvo, Mercedes-Benz, FORD, Renault and other. We were first to introduce EURO 6 AdBlue Emulator for Volvo trucks, and now we are supplying our customers around the world with EURO 6 AdBlue emulators that are compatible with DAF, MAN, Iveco, Volvo, Scania, Mercedes-Benz, Renault and Scania EURO 6 trucks. If this is not enough, we want to remind you that we have AdBlue emulators compatible with DAF LF (Grundfos), Scania R730, Mercedes-Benz MP4 (EURO 5) and Volvo FH4 (EURO 5) trucks. Cardiag is famous not just for its AdBlue emulators product range, but for next business day delivery over the EU territory. Since all the goods are manufactured and shipped from EU, there are no additional customs taxes, and you can get your emulators just in one business day.

Finally, we want to point out that such devices as AdBlue emulators in some countries may be illegal, and you have to decide to use it or not.

Attention! All our team will have holidays from 18th July to 15th August. Keep in mind that shipping of goods purchased in this period will be delayed. For more information, please get in touch with us by email. Dismiss